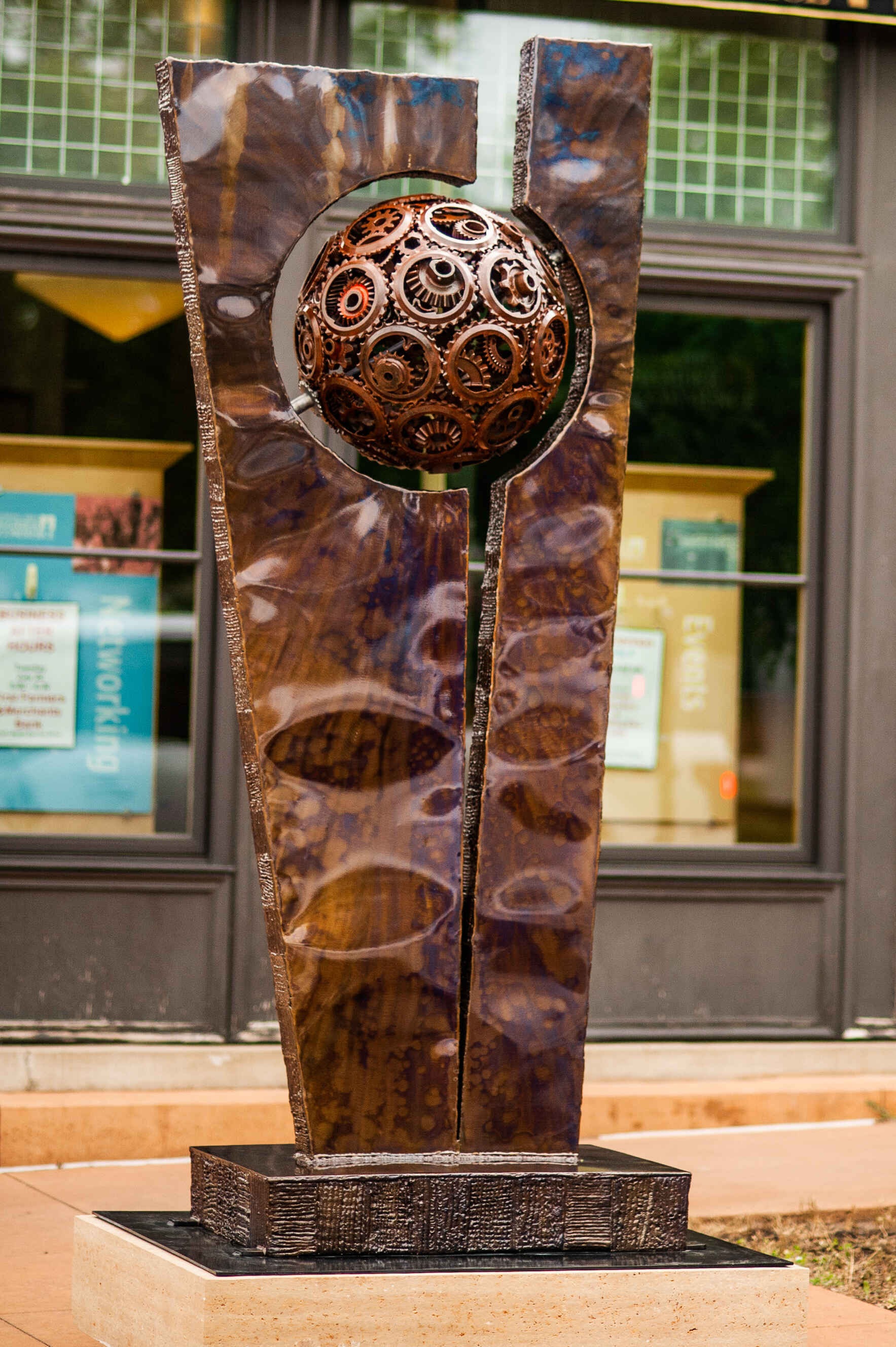 We are no longer accepting donations on this campaign, but there are other ways for you to support us today!

Become a catalyst for Red Wing public art by participating in this crowdfunding venture to make Synchronous a permanent public art fixture of the Red Wing downtown ARTWALK. One way to make the sculpture walk permanent is for Red Wing residents to get involved in a grass roots fundraiser to begin purchasing sculptures for permanent placement.

Community residents can be that catalyst by participating in a crowdfunding venture!

This sculpture has received rave reviews because of its beauty and the way it fits harmoniously with its highly visible location. It received the most votes for the People’s Choice Award. It is also one of most affordable sculptures in the ART WALK where some of the others are listed at 2 or 3 times the expense. This project is an excellent place to start with a grassroots fundraiser!

Art in the Heart of Red Wing ART WALK launched in 2021 with seven sculptures in Downtown Red Wing that are on loan. Two permanent sculptures were purchased by local foundations. It was an immediate success, garnering a great deal of interest from Red Wing residents and visitors. This public art project provided one more great reason for people to spend time in downtown Red Wing. Generous funders in Red Wing have committed to this pilot project involving renting sculptures.

Who is organizing this fundraiser?

What if we do not reach our fundraising goal?

If the total fundraising goal is not met the funds will be used directly for future expenses related to the Art in Heart of Red Wing ART WALK.

Once purchased will the sculpture remain in the same location?

It is proposed that the sculpture remain in its current location on the corner of Main Street and East Avenue. If for some reason this is not feasible then a new location will be selected in a public space in downtown Red Wing.

When Highway 61 (Main Street) was reconstructed a few years ago, the city made improvements to the road and pedestrian design by extending the curb line in some locations to allow for additional public amenities. Those enhancements provide a terrific location for an upright sculpture to be placed on the East Avenue corner of the intersection with Main Street. Synchronous fits to space perfectly in terms of size and scale and one of its best features is the way it reflects sunlight at this location as the sun sets to the west. This sculpture helps to reinforce the Main Street gateway as an entrance feature to the core downtown district.

To learn more about the sculpture and the artists: https://www.redwingartwalk.com/2021-sculptures/synchronous

We answer more questions you may have about this fundraiser here: https://www.redwingartwalk.com/synchronousfundrais...